Derived from the Sanskrit word “Yuji,” meaning yoke or union, yoga is an ancient practice that brings together mind and body.

Practicing yoga is said to come with many benefits for both mental and physical health, though not all of these benefits have been backed by science.

This article takes a look at 13 evidence-based benefits of yoga. 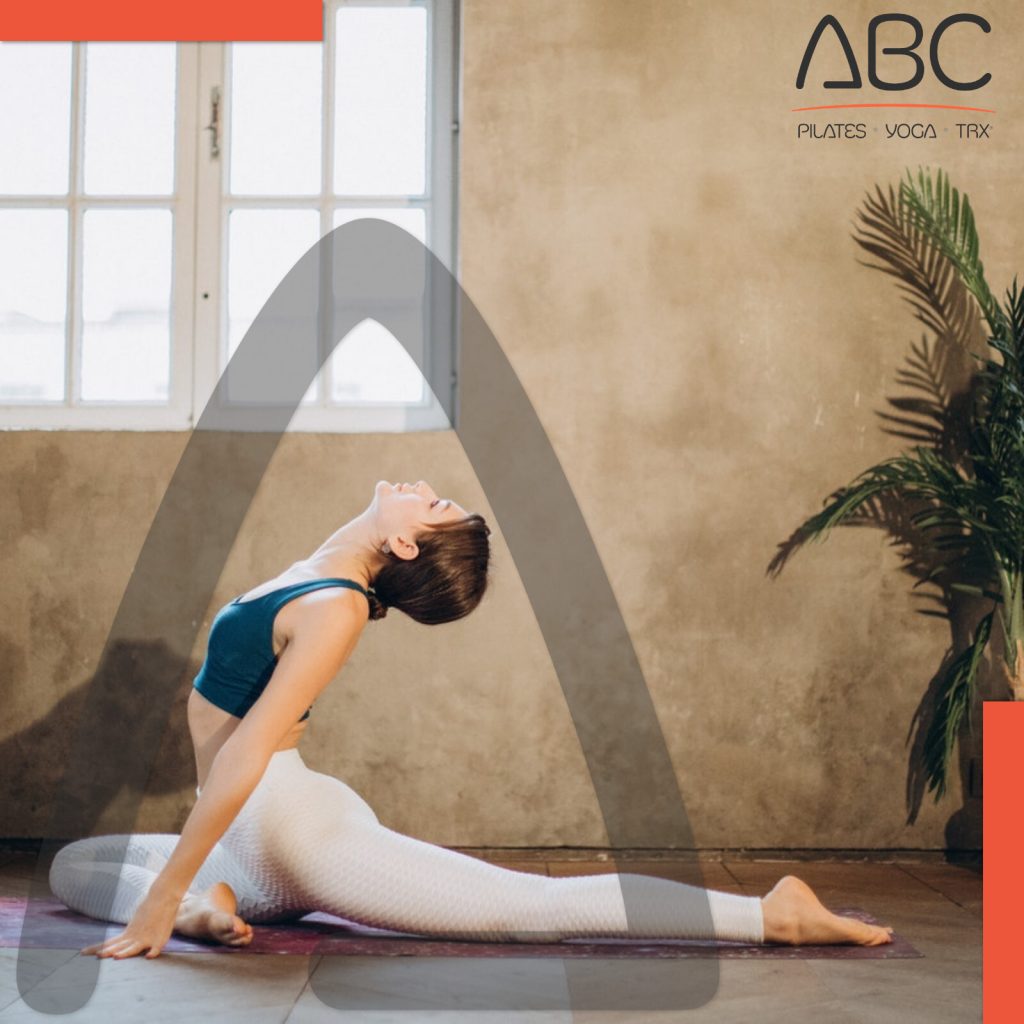 Yoga is known for its ability to ease stress and promote relaxation.

In fact, multiple studies have shown that it can decrease the secretion of cortisol, the primary stress hormone.

One study demonstrated the powerful effect of yoga on stress by following 24 women who perceived themselves as emotionally distressed.

Another study of 131 people had similar results, showing that 10 weeks of yoga helped reduce stress and anxiety. It also helped improve the quality of life and mental health.

When used alone or along with other methods of alleviating stress, such as meditation, yoga can be a powerful way to keep stress in check.

Many people begin practicing yoga as a way to cope with feelings of anxiety.

Interestingly enough, there is quite a bit of research showing that yoga can help reduce anxiety.

In one study, 34 women diagnosed with an anxiety disorder participated in yoga classes twice weekly for two months.

At the end of the study, those who practiced yoga had significantly lower levels of anxiety than the control group.

Another study followed 64 women with post-traumatic stress disorder (PTSD), which is characterized by severe anxiety and fear following exposure to a traumatic event.

After 10 weeks, the women who practiced yoga once weekly had fewer symptoms of PTSD. In fact, 52% of participants no longer met the criteria for PTSD at all.

It’s not entirely clear exactly how yoga is able to reduce symptoms of anxiety. However, it emphasizes the importance of being present in the moment and finding a sense of peace, which could help treat anxiety.

In addition to improving your mental health, some studies suggest that practicing yoga may reduce inflammation as well.

Inflammation is a normal immune response, but chronic inflammation can contribute to the development of pro-inflammatory diseases, such as heart disease, diabetes, and cancer.

A 2015 study divided 218 participants into two groups: those who practiced yoga regularly and those who didn’t. Both groups then performed moderate and strenuous exercises to induce stress.

At the end of the study, the individuals who practiced yoga had lower levels of inflammatory markers than those who didn’t.

Although more research is needed to confirm the beneficial effects of yoga on inflammation, these findings indicate that it may help protect against certain diseases caused by chronic inflammation.

From pumping blood throughout the body to supplying tissues with important nutrients, the health of your heart is an essential component of overall health.

One study found that participants over 40 years of age who practiced yoga for five years had lower blood pressure and pulse rate than those who didn’t. 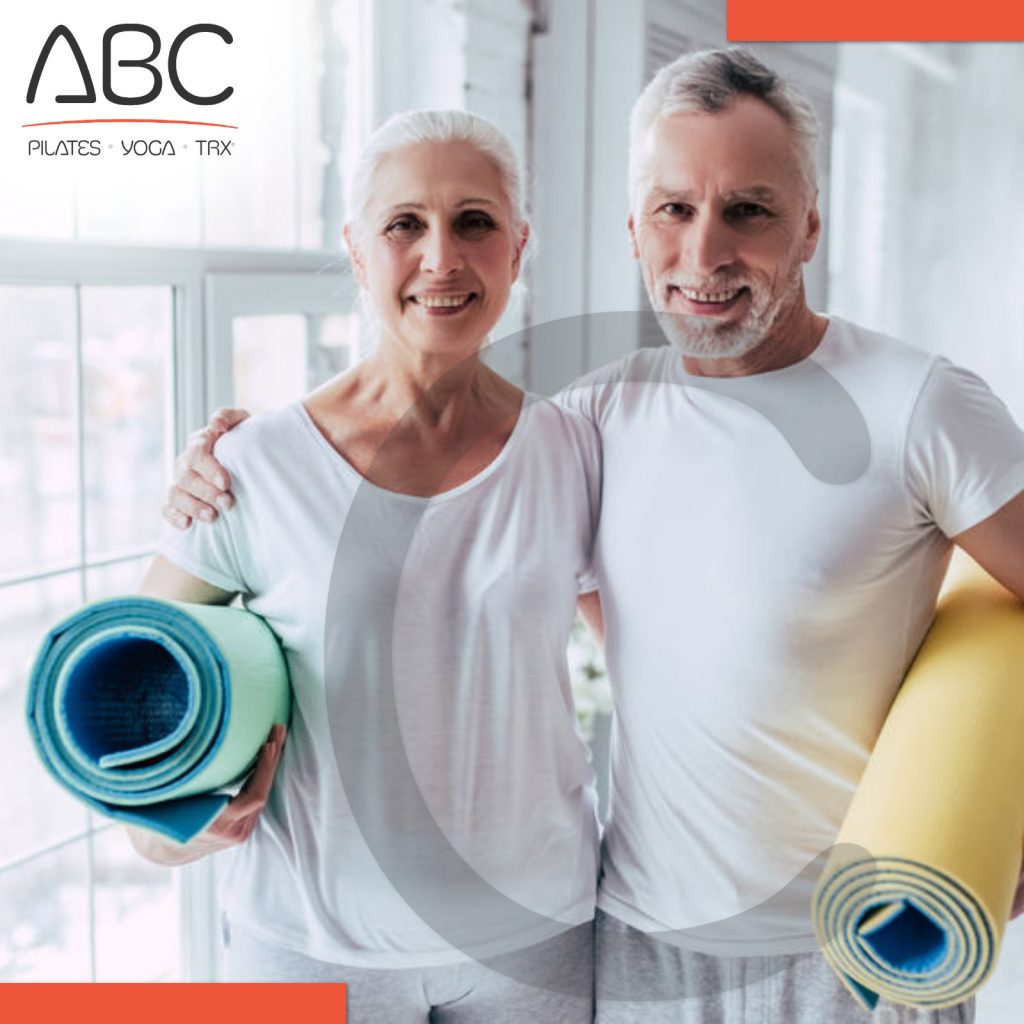 High blood pressure is one of the major causes of heart problems, such as heart attacks and stroke. Lowering your blood pressure can help reduce the risk of these problems.

Some research also suggests that incorporating yoga into a healthy lifestyle could help slow the progression of heart disease.

A study followed 113 patients with heart disease, looking at the effects of a lifestyle change that included one year of yoga training combined with dietary modifications and stress management.

Participants saw a 23% decrease in total cholesterol and a 26% reduction in “bad” LDL cholesterol. Additionally, the progression of heart disease stopped in 47% of patients.

It’s unclear how much of a role yoga may have had versus other factors like diet. Yet it can minimize stress, one of the major contributors to heart disease.

Yoga is becoming increasingly common as an adjunct therapy to improve the quality of life for many individuals.

In one study, 135 seniors were assigned to either six months of yoga, walking, or a control group. Practicing yoga significantly improved quality of life, as well as mood and fatigue, compared to the other groups.

Other studies have looked at how yoga can improve the quality of life and reduce symptoms in patients with cancer.

One study followed women with breast cancer undergoing chemotherapy. Yoga decreased symptoms of chemotherapy, such as nausea and vomiting, while also improving the overall quality of life.

A similar study looked at how eight weeks of yoga affected women with breast cancer. At the end of the study, the women had less pain and fatigue with improvements in levels of invigoration, acceptance, and relaxation.

Other studies have found that yoga may help improve sleep quality, enhance spiritual well-being, improve social function, and reduce symptoms of anxiety and depression in patients with cancer.

Some studies show that yoga may have an anti-depressant effect and could help decrease symptoms of depression.

This may be because yoga is able to decrease levels of cortisol, a stress hormone that influences levels of serotonin, the neurotransmitter often associated with depression.

In one study, participants in an alcohol dependence program practiced Sudarshan Kriya, a specific type of yoga that focuses on rhythmic breathing.

Other studies have had similar results, showing an association between practicing yoga and decreased symptoms.

Based on these results, yoga may help fight depression, alone or in combination with traditional methods of treatment.

Chronic pain is a persistent problem that affects millions of people and has a range of possible causes, from injuries to arthritis.

There is a growing body of research demonstrating that practicing yoga could help reduce many types of chronic pain.

In one study, 42 individuals with carpal tunnel syndrome either received a wrist splint or did yoga for eight weeks.

At the end of the study, yoga was found to be more effective in reducing pain and improving grip strength than wrist splinting.

Another study in 2005 showed that yoga could help decrease pain and improve physical function in participants with osteoarthritis of the knees.

Although more research is needed, incorporating yoga into your daily routine may be beneficial for those who suffer from chronic pain.

Poor sleep quality has been associated with obesity, high blood pressure, and depression, among other disorders.

Studies show that incorporating yoga into your routine could help promote better sleep.

In a 2005 study, 69 elderly patients were assigned to either practice yoga, take an herbal preparation, or be part of the control group. 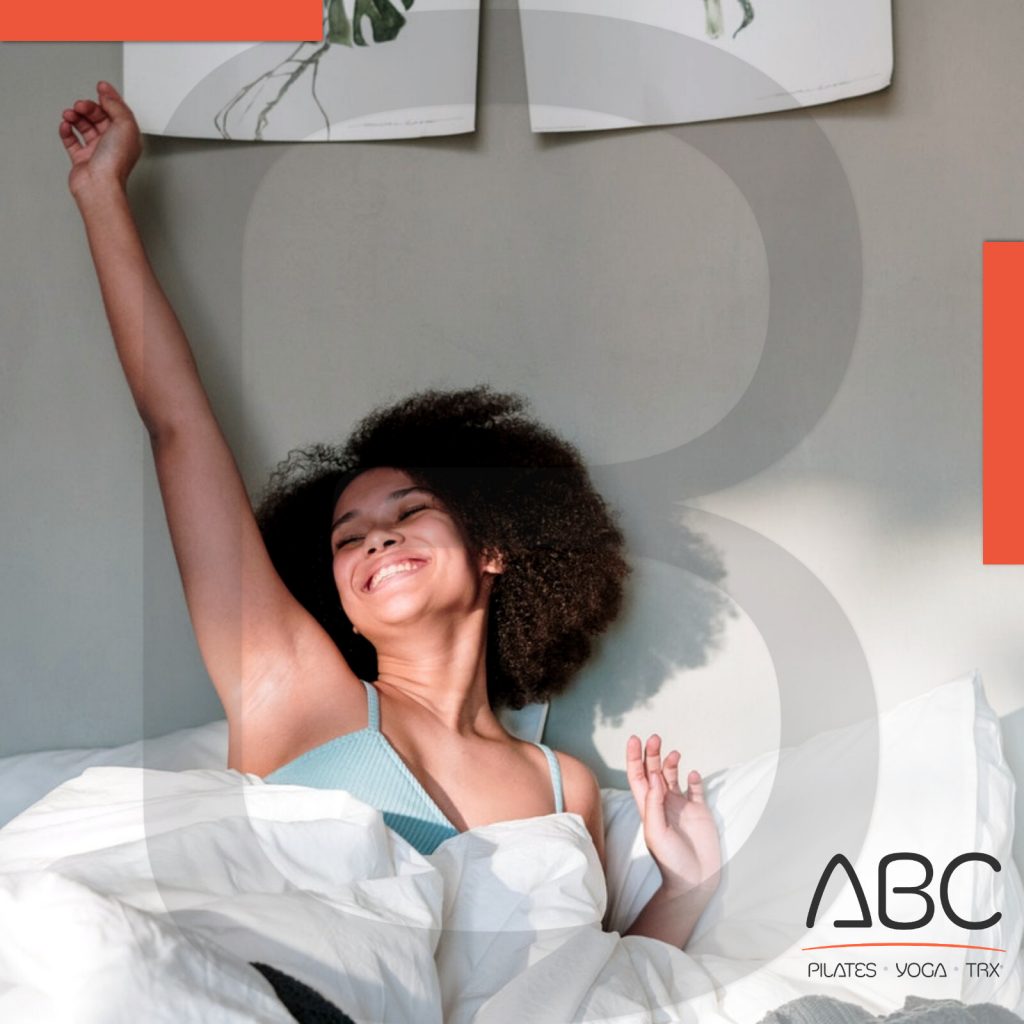 The yoga group fell asleep faster, slept longer, and felt more well-rested in the morning than the other groups.

Another study looked at the effects of yoga on sleep in patients with lymphoma. They found that it decreased sleep disturbances, improved sleep quality, and duration, and reduced the need for sleep medications.

Though the way it works is not clear, yoga has been shown to increase the secretion of melatonin, a hormone that regulates sleep and wakefulness.

Yoga also has a significant effect on anxiety, depression, chronic pain, and stress — all common contributors to sleep problems.

Many people add yoga to their fitness routines to improve flexibility and balance.

There is considerable research that backs this benefit, demonstrating that it can optimize performance through the use of specific poses that target flexibility and balance.

A recent study looked at the impact of 10 weeks of yoga on 26 male college athletes. Doing yoga significantly increased several measures of flexibility and balance, compared to the control group.

Another study assigned 66 elderly participants to either practice yoga or calisthenics, a type of bodyweight exercise.

After one year, the total flexibility of the yoga group increased by nearly four times that of the calisthenics group.

A 2013 study also found that practicing yoga could help improve balance and mobility in older adults.

Practicing just 15–30 minutes of yoga each day could make a big difference for those looking to enhance performance by increasing flexibility and balance.

Pranayama, or yogic breathing, is a practice in yoga that focuses on controlling the breath through breathing exercises and techniques.

Most types of yoga incorporate these breathing exercises, and several studies have found that practicing yoga could help improve breathing.

In one study, 287 college students took a 15-week class where they were taught various yoga poses and breathing exercises. At the end of the study, they had a significant increase in vital capacity.

Vital capacity is a measure of the maximum amount of air that can be expelled from the lungs. It is especially important for those with lung disease, heart problems, and asthma.

Another study in 2009 found that practicing yogic breathing improved symptoms and lung function in patients with mild-to-moderate asthma.

Migraines are severe recurring headaches that affect an estimated 1 out of 7 Americans each year.

Traditionally, migraines are treated with medications to relieve and manage symptoms.

However, increasing evidence shows that yoga could be a useful adjunct therapy to help reduce migraine frequency.

A 2007 study divided 72 patients with migraines into either a yoga therapy or self-care group for three months. Practicing yoga led to reductions in headache intensity, frequency, and pain compared to the self-care group.

Researchers suggest that doing yoga may help stimulate the vagus nerve, which has been shown to be effective in relieving migraines.

Mindful eating, also known as intuitive eating, is a concept that encourages being present in the moment while eating.

It’s about paying attention to the taste, smell, and texture of your food and noticing any thoughts, feelings, or sensations you experience while eating.

Because yoga places a similar emphasis on mindfulness, some studies show that it could be used to encourage healthy eating behaviors.

One study incorporated yoga into an outpatient eating disorder treatment program with 54 patients, finding that yoga helped reduce both eating disorder symptoms and preoccupation with food. 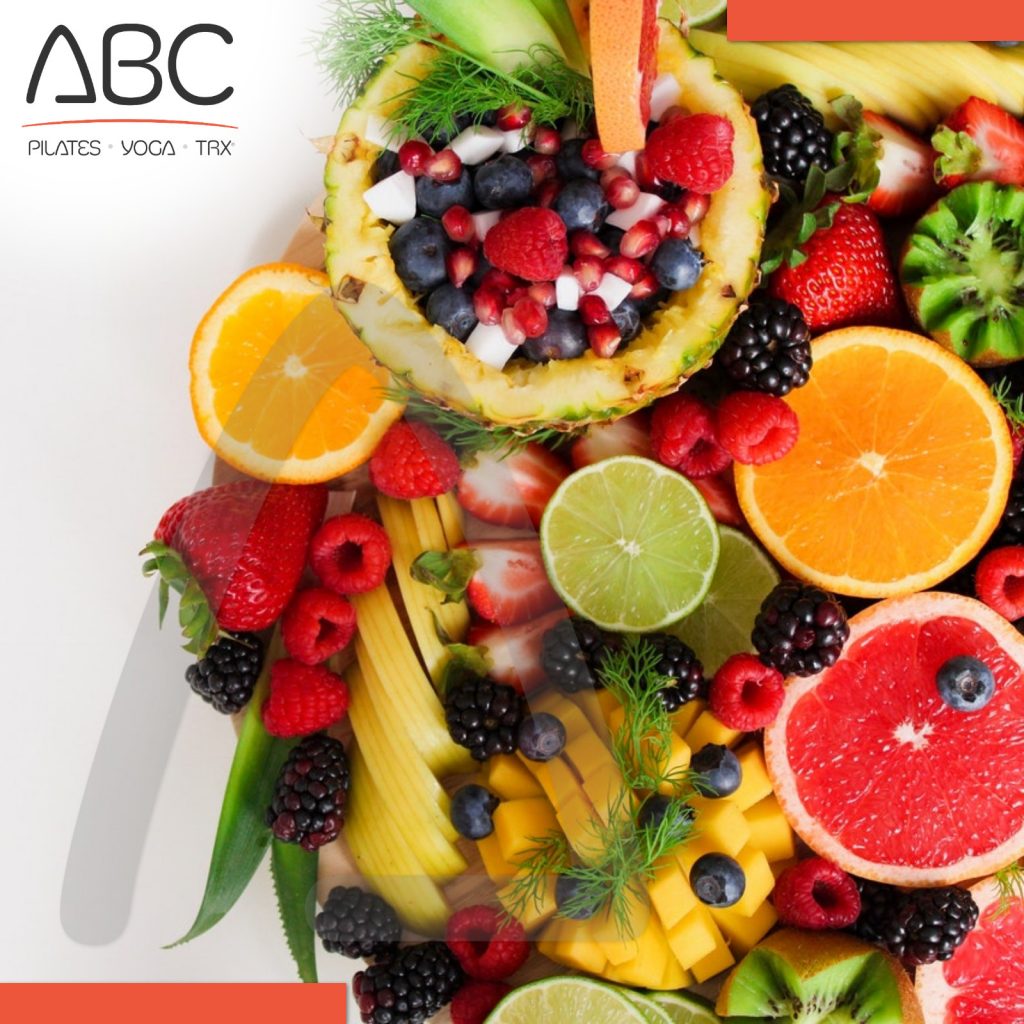 Another small study looked at how yoga affected symptoms of binge eating disorder, a disorder characterized by compulsive overeating, and a feeling of loss of control.

Yoga was found to cause a decrease in episodes of binge eating, an increase in physical activity, and a small decrease in weight.

For those with and without disordered eating behaviors, practicing mindfulness through yoga can aid in the development of healthy eating habits.

In addition to improving flexibility, yoga is a great addition to an exercise routine for its strength-building benefits.

In fact, there are specific poses in yoga that are designed to increase strength and build muscle.

In one study, 79 adults performed 24 cycles of sun salutations — a series of foundational poses often used as a warm-up — six days a week for 24 weeks.

They experienced a significant increase in upper body strength, endurance and weight loss. Women had a decrease in body fat percentage, as well.

A 2015 study had similar findings, showing that 12 weeks of practice led to improvements in endurance, strength, and flexibility in 173 participants.

Based on these findings, practicing yoga can be an effective way to boost strength and endurance, especially when used in combination with a regular exercise routine.

Multiple studies have confirmed the many mental and physical benefits of yoga.

Incorporating it into your routine can help enhance your health, increase strength and flexibility, and reduce symptoms of stress, depression, and anxiety.

Finding the time to practice yoga just a few times per week may be enough to make a noticeable difference when it comes to your health. 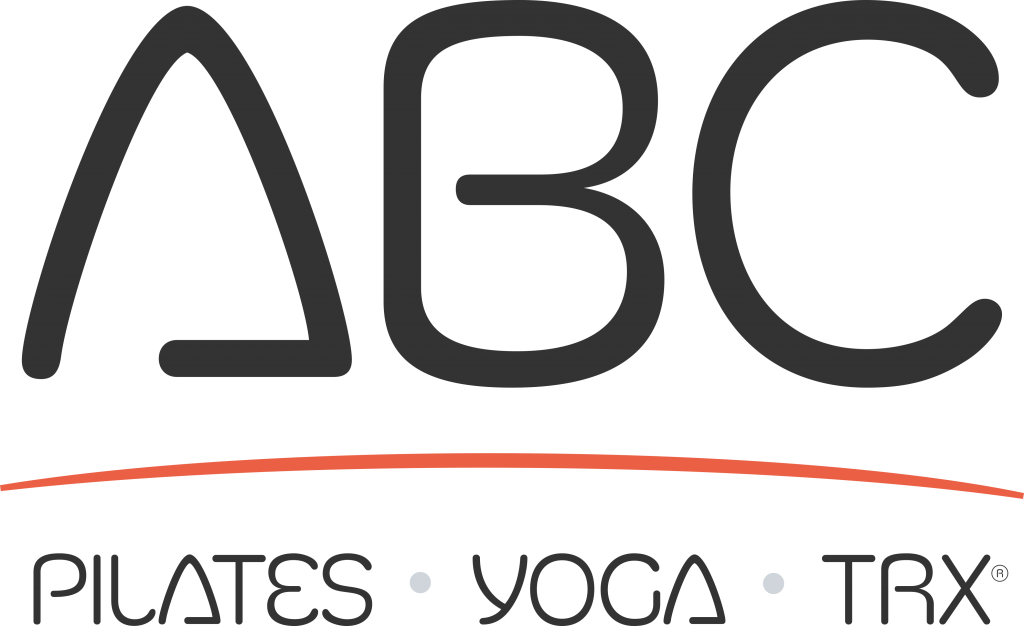